CORONAVIRUS. These are the real measures adopted by the Government, in twelve points. 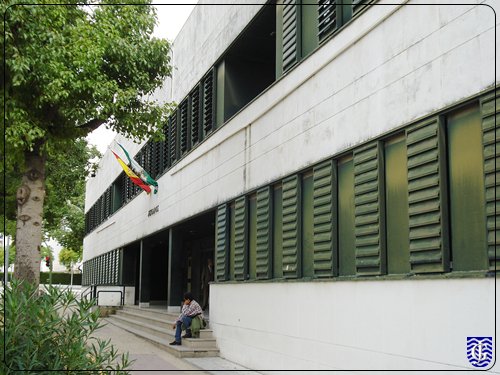 The court of first instance number 5 in Jerez orders BBVA to return the money entered by the plaintiffs’ father, who died without seeing the finished apartment.

The father and husband of the plaintiffs, signed with PROINMODECOR S.L. a house purchase contract for its construction on February 25, 2005. Well, the house, which would have been his habitual residence and that of his family, should have been delivered in May 2006, which did not happen.

Since then, there have been several attempts to recover the money, the bank would have received funds destined to the construction of houses, so it was obliged to demand from the developer the guarantee or insurance that would guarantee the return to the buyers of the amounts paid on account in the framework of said promotion. This guarantee or insurance, however, would not have been constituted or delivered to the buyer, which would have the effect of giving rise to the responsibility of the financial entity, which should have required the delivery of the guarantee or individual insurance in favor of the buyers in question, when receiving amounts on account for housing construction, in the special bank account.

In this case, defended by Ley  57 Abogados, coordinator of the SOS VIVIENDA platform ( Free call to  900 64 92 90), the plaintiffs therefore demanded that BBVA pay the amounts paid in advance for the sale of the aforementioned home, and that they were paid in that entity. And this, in attention to the breach by the banking entity of its legal obligations established in the law 57/1968.

Therefore, in application of such rule and the jurisprudence of the Supreme Court, condemns the financial institution to pay, the heirs of the buyer, of the 11,258.89 euros advanced by his father and husband, plus the legal interests from each of the payments.

The SOS VIVIENDA and Ley 57´s  Lawyers  remind that this type of matter will prescribe in October of this year if the affected families do not claim reliably before, while the number of people who have not started this process is still very high, being able to do so.

President of community condemned to pay 47.000 euros due exceeding her duties

To recover 100.000 euros from an unbuilt apartment…

This website uses cookies to improve your experience while you navigate through the website. Out of these cookies, the cookies that are categorized as necessary are stored on your browser as they are essential for the working of basic functionalities of the website. We also use third-party cookies that help us analyze and understand how you use this website. These cookies will be stored in your browser only with your consent. You also have the option to opt-out of these cookies. But opting out of some of these cookies may have an effect on your browsing experience.
Necessary Always Enabled
Necessary cookies are absolutely essential for the website to function properly. This category only includes cookies that ensures basic functionalities and security features of the website. These cookies do not store any personal information.
Non-necessary
Any cookies that may not be particularly necessary for the website to function and is used specifically to collect user personal data via analytics, ads, other embedded contents are termed as non-necessary cookies. It is mandatory to procure user consent prior to running these cookies on your website.
SAVE & ACCEPT